IT'S ALL ABOUT THAT BASE RATE 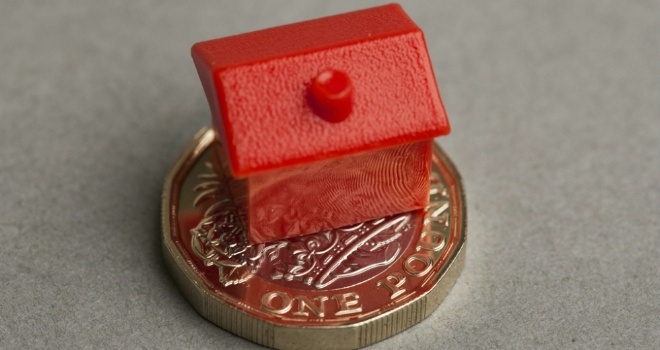 All about that base rate

When it comes to the mortgage market, the summer of 2017 looks likely to be all about the base rate.

Whether it’s all about a ‘base rate increase’ however remains to be seen but just a couple of weeks ago that likelihood appeared closer than it had been for some time – perhaps more of a prospect than at any time in the last 10 years; which just so happens to be the last time the Monetary Policy Committee (MPC) raised rates.

Since July 2007 BBR has only ever gone in one direction – down – and now we appear to be at a point where, to quote Yazz and her Plastic Population, ‘the only way is up’. But, let’s all be honest, we’ve been in this situation for a while, and prior to last August when rates were cut again by 25 basis points, there was a feeling that rates could go no lower then.

Cue the vote to leave the EU and the MPC took the decision that a further cut was necessary in order to restore some confidence and provide some economic impetus. What may be surprising however is that, a year on, we still have Base Rate at 0.25% given that many market commentators and economists have been busy suggesting the MPC moved too quickly to cut rates and, given the perceived resilience of the UK economy since then, a move back up to 0.5% might be justified.

This does seem a rather odd tack to take given that the quick cut by the MPC, and the stability provided by the Bank of England during that period post-referendum, probably did much to shore up the economy at a time of great uncertainty. Indeed, we might all have been glad there was a level of leadership coming from the Bank and, in particular, Mark Carney, because this did not appear to be forthcoming from any political sources.

In that regard, we do not have much of a changed situation, in fact we have less political certainty at a time when Brexit negotiations have begun and the next two years and beyond appear to show a very fragile situation. So, why the suggestion that this summer is all about the base rate? Well, the reasons lie in the last MPC meeting in June which, as I’m sure you know, finished 5-3 in terms of the vote to keep BBR at 0.25%.

This was the closest vote for some time and, you will not need to be a mathematician to realise that one extra vote in favour of a rise would put the ball firmly in Mark Carney’s court as to what happens next. Carney himself has appeared not to be in favour of any rise yet – citing the potential negative impacts this could have on businesses and borrowers, many of whom may already be struggling to pay their monthly debts even with rates this low.

The last thing the MPC would want to do is hike rates back up – even by 25 basis points – and kick-start an economic slowdown that could be exacerbated and turned into a recession by the Brexit effect. That would not be strong management of the economy at this pivotal time. And yet...prior to just days ago, inflation appeared to be moving up quite quickly and one of the primary aims of the MPC is to keep it below its 2% target – increasing rates would be one way of doing this. That argument though appears to have softened with the latest inflation figures showing a drop to 2.6% in June, down from 2.9% the month previously.

The anticipation however is that inflation will not move below 2% anytime soon plus there is also the argument being made that, with unsecured borrowing growing fairly steadily, the MPC needs to send a message to consumers/borrowers that rates at this level are not ‘normal’, that debt levels should be kept in check and that rates will have to rise eventually. Some are suggesting that a small increase now to send this message is far better than waiting until later and having to increase by greater amounts and/or at a faster pace. It’s often argued that quick, multiple rises could do greater damage than beginning now and drawing them out over a longer period.

With all these conflicting opinions and arguments, you can see why there’ll be a great deal of interest in August’s MPC meeting and vote. Just recently Deputy Governor, Ben Broadbent, suggested he was not ready to increase rates saying there were too many “imponderables” about the UK economy to make such a decision. When you have members of the MPC admitting that there’s a great deal of unknowns around at present, and any move away from the status quo could make the situation worse, then we might all have cause to worry a little.