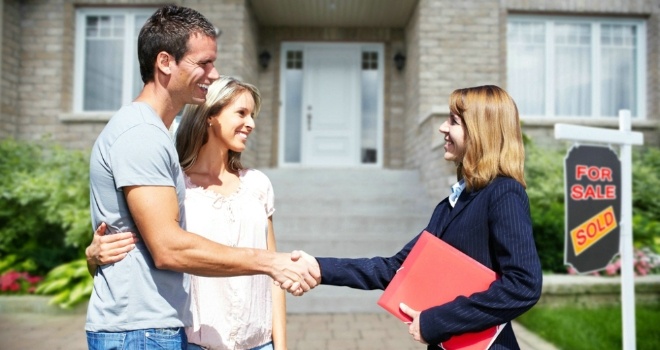 Halifax has reported that first-time buyer numbers have hit their highest amount for a decade, increasing more than double the 10% rise for all buyer types.

The lender found that across Britain the average price of a typical first-time buyer property has out-performed the overall housing market.

Digging deep for a deposit

With property values and deposits at elevated levels, first-time buyers have become reliant on family assistance. The latest ONS figures show that more than a third (34%)3 of new buyers received financial help from parents either as a gift of money or a loan.

Owning their own home remains a dream for many young Brits though, as half of 18-34 year-olds think it’s harder than ever to get on the housing ladder and almost one in five say they believe they’ll be renting for ever. Older renters are less hopeful than younger ones at owning a home – one in four (26%) 31-34 year-olds say they’ll never be able to buy a home.

A third of young people think the only way they’ll get on the property ladder is by inheriting the cash, while more than one in 10 (16%) would consider upping sticks and moving abroad because of high UK property prices.

Parents hoping to downsize once the kids have flown the nest may have to wait longer than they’d anticipated with a third (35%) of 18-34 year-olds intending to stay at home until they can afford to buy. Men are much more inclined to be home birds than women – 49% vs 31% – as are younger people (62% of 18-20 year-olds say they will live with parents before they buy).

First-time buyer numbers on the up

Whilst the rate of growth has slowed, this is the sixth increase over a comparable period in the last seven years and the third consecutive year that first-time buyer numbers have topped 150,000.

The growth in first-time buyers means they have increased as a proportion of all mortgage financed house purchasers from 38% in 2008 to more than half (51%) in 2018. This share has picked up since 2013 when the Help to Buy Scheme was introduced, which has given 128,317 first-time buyers (81% of total purchases under the scheme) a step on to the housing ladder over this period.

Russell Galley, Managing Director at Halifax, said: “First-time buyers are having to dig deeper than ever to get onto the property ladder. With the average price now over £200,000 and deposits at £33,000 it’s not surprising that the average age of a first-time buyer has crept up to 31.

Despite these increases, and the concern many young people feel about home ownership, the number of first-time buyers continues to grow and is nearly back to the peak seen of 2006. Government measures, such as Help to Buy, and record low mortgage rates continue to make buying more financially attractive than renting, with savings of £900 a year.”